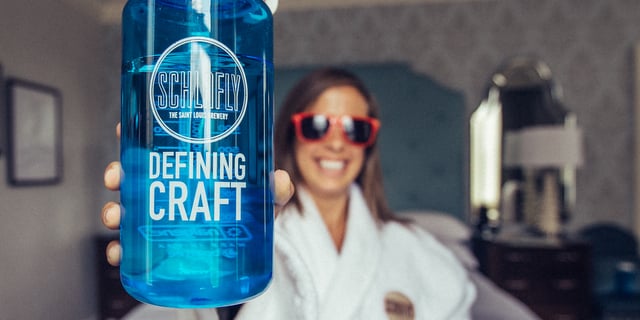 The most important thing in the world is family, unless you’re trying to file a trademark on your surname. Example: Since 2012, Phyllis Schlafly and her two sons have been opposing a trademark on Schlafly beer. Phyllis is a fairly infamous “conservative political activist” who set back women’s rights for years opposing the Equal Rights Amendment and once opined how marital rape isn’t really a thing while noting women have “inherent physical inferiority.” Well, Tom Schlafly, co-founder of The St. Louis Brewery, makers of delicious Schlafly suds, is Phyllis’s nephew. Back in 2016, we posted on how Phyllis’ dickery was rejected, with the Trademark Trial and Appeal Board coming out in favor of The St. Louis Brewery.

Finally, this week, Schlafly Beer, which calls itself the largest American-owned brewery in Missouri (ha), announced the confirmation from the United States Court of Appeals for the Federal Circuit that the mark “Schlafly” for beer meets the requirements for registration as a trademark. To the press release!

As the pioneer for craft beer in St. Louis, Schlafly Beer will celebrate its 27th anniversary on December 26 of this year. Tom Schlafly explains, “Since we began selling beer in 1991, the Schlafly name has been our connection to our consumers. The trademark allows us to ensure that the trusted product is protected for years to come. It also allows our talented team to continue efforts in brewing innovations, sustainability and community involvement.”

How it all went down

The Court of Appeals ruling affirming the decision by the TTAB confirms that the mark “Schlafly” for beer meets the requirements for a trademark registration. The decision unequivocally confirms that Schlafly Beer has built a name for itself as a trusted brand for the beer consumer for over 27 years.

How big is Schlafly Beer today?

Schlafly Beer sells over sixty types of beer with the Schlafly mark in fourteen states and the District of Columbia, through thirty wholesalers, 14,000 retail locations and several national restaurant chains. The Schlafly mark has been featured in radio, print publications, billboards, social media and at over 500 events, including Schlafly Beer’s signature events at its brewpubs such as Schlafly’s Stout & Oyster Festival and Schlafly’s HOP in the City.