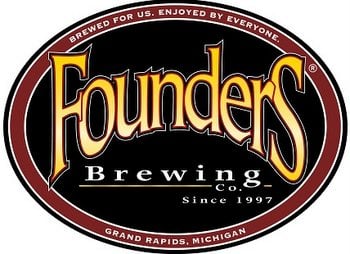 Founders Brewing Co. will introduce Dissenter, an Imperial India Pale Lager (IPL) brewed with a wide variety of tropical, citrus-forward hops, this August to mark the 10th installment in the brewery’s popular Backstage Series. Like all of Founders’ Backstage Series beers, Dissenter will be sold in 750-mL bottles, with a suggested retail price of $11.99 per bottle.

This beer is a departure from other Founders releases for a couple of reasons: All of the beers in Founders’ standard lineup are ales, which are fermented at warm temperatures, whereas lagers are fermented cold. Plus, Dissenter uses a different kind of yeast from other Founders beers. Test batches of the Imperial IPL were brewed using the brewery’s pilot system and have been tapped in the Founders taproom in Grand Rapids, Mich., off and on throughout the past few months. The longer brewing process used for lagers gives this beer an exceptionally clean finish, allowing the clear beauty of the hops to shine.

“With Dissenter, we’re releasing yet another Backstage Series beer that doesn’t fit within standard beer style guidelines,” said Co-Founder and Vice President of Brand & Education Dave Engbers. “And that’s the point. It’s a celebration of the creativity of our brewing team, and we’re looking forward to sharing it with the growing circle of beer enthusiasts.”

Founders’ Backstage Series is made up of boundary-pushing, experimental beers. The intent of the series is to take the diehard Founders fan experience to a wider audience — though all of the beers are still released in limited batches. Since its introduction in the summer of 2011, Founders’ Backstage Series beers have quickly become some of the most sought-after releases in the industry.

Dissenter will be released in limited quantities across Founders’ distribution footprint beginning on August 1 and will be available at the brewery’s taproom that same week. Look for one more Backstage Series releases from Founders in 2014.