iPourIt Inc. is North America’s leader in self-serve beverage dispensing technology with over 125 locations installed and operating with more than 3,400 taps installed. Since 2012, iPourIt has poured over 100 million ounces, and 93 percent of that is beer.

As part of iPourIt’s features, the company captures key data, including products poured and ounces poured. iPourIt has released a report of the top beers and wines poured through its self-serve beverage dispensers between September 2017 and September 2018, providing key insights for operators and brewers.

With no surprise, the two beers that top the list are Anheuser-Busch InBev’s Bud Light and MillerCoors’ Coors Light. However, with a highly saturated craft beer market, Bud Light and Coors Light are poured less than 2.8 percent of the top 1,000 beers poured through the self-serve system. Over the 12-month period, iPourIt’s self-serve draft system poured more than 45.5 million ounces of beer from over 14,100 different beers and 2,450 breweries.

The Top 10 craft beers are:

Clearly, an interesting mix. iPourIt technology allows patrons to pour as little or as much as they want, giving them the ability to try a wide selection of beers at an affordable price. The average patron pours 4.7 ounces each visit to the beer wall, consuming an average of 28 ounces per visit, with an average retail price of roughly $0.54 per ounce. Craft beers are known for being tasted with more selection, and the iPourIt self-serve technology caters to the average patron’s behavior. According to the report, the Top 1,000 beers poured through iPourIt technology come from over 350 craft breweries across the country. This technology gives people who might not normally drink craft beer the opportunity to try different beers from different breweries.

Several operators who utilize the iPourIt technology pour beer that is brewed and branded specifically for them, such as AleWorx with Cali Common, Blast 825 with Slo Gold Ale and Hoppin’ with Gimme Dat Brut. iPourIt’s report shows this is a proven marketing technique with 10 of the Top 1,000 beers being owned or branded by the operators.

“iPourIt is the only self-serve technology of its kind that collects this level of comprehensive pour data,” said Darren Nicholson, vice president of iPourIt. “This report sheds light on potential trends over the last twelve months that can be valuable to both brewers and operators. It shows what beers are trending in the self-serve market, and shows brewers’ competition and opportunity. iPourIt’s technology gives craft brewers a unique vantage point to create new or specialty beers for a market that they may not otherwise be able to access.” 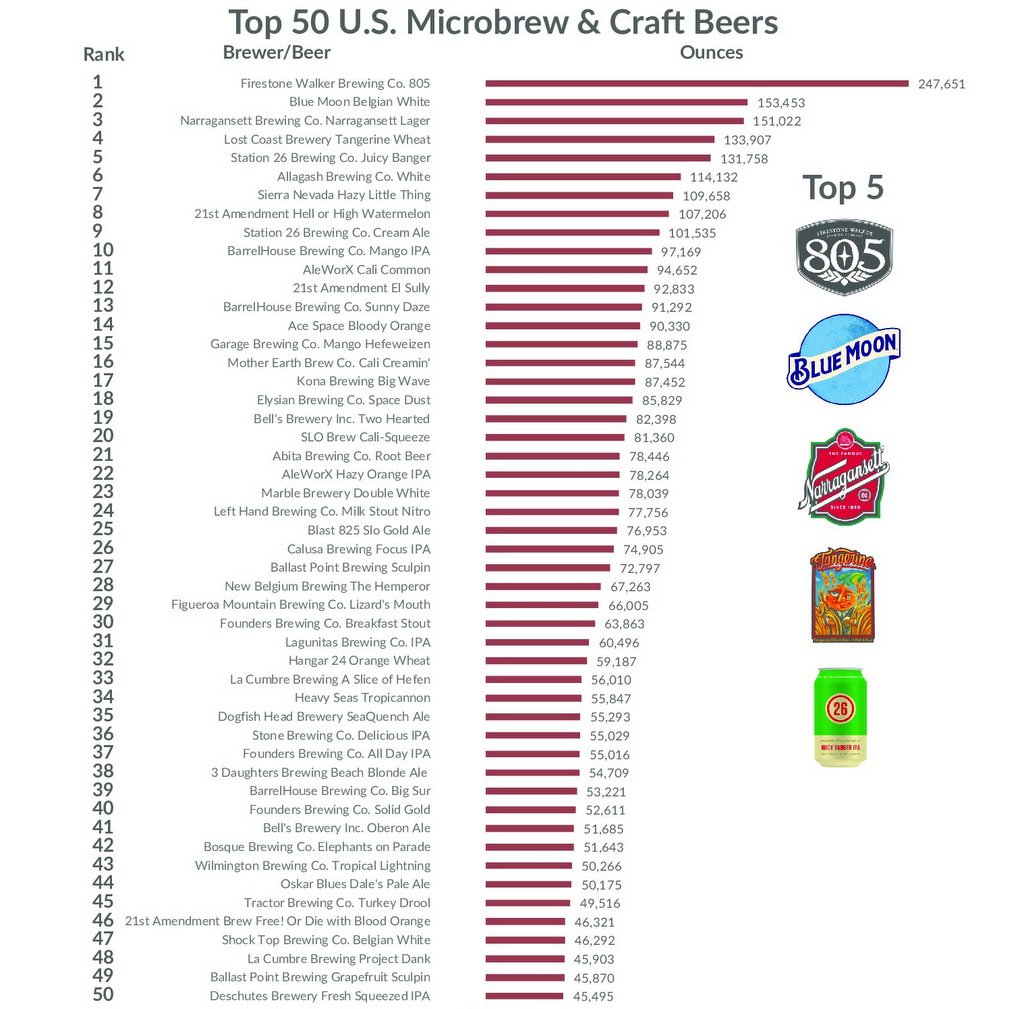