I was ready to punch Monday squarely in its bojangles. Then, Rogue Ales and Spirits sent me these darling dog photos from its previous Dog Days of Summer event. I thought, maybe I won’t bolo punch everything I see this morning. Maybe I’ll go adopt a cute pooch instead and teach to it sick balls for me. OR, maybe I’ll just plan on hitting the world’s largest beer and dog festival, Dog Days of Summer, coming up this weekend (August 11 and 12 at Rogue Ales and Spirits brewery in Newport, Oregon). At press time, I was undecided on which course of action to take.

But, Dog Days is the incarnation of what was once known as Brewer’s Memorial Ale Fest, an event dedicated to Rogue Brewmaster John Maier’s late dog, Brewer. This pooch party will feature many of the same well-loved elements including dog-inspired tomfoolery, live music, tasty treats and “a strictly Oregon Coast microbrew lineup,” says the press release. What can you expect? 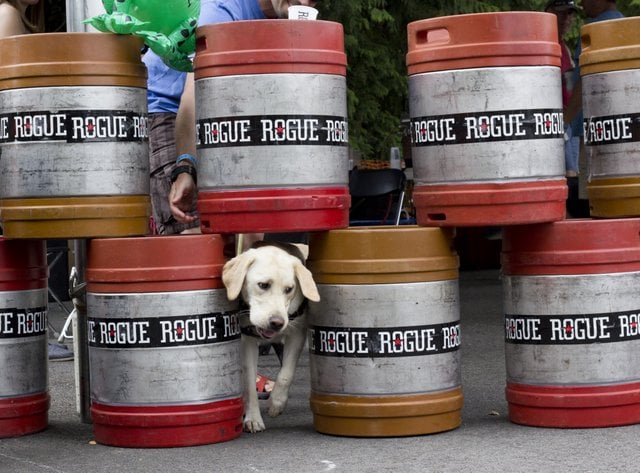