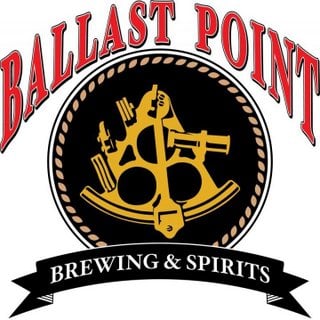 “The Ballast Point / MicroStar partnership represents what’s great about our industry. It’s all about collaboration,” said  Jim Buechler, Ballast Point president and general manager. “By participating in MicroStar’s pooled-keg model, we all benefit from increased flexibility to help us grow our businesses. In addition, by reducing the miles empty kegs travel, MicroStar helps reduce our industry’s carbon footprint making us all more sustainable.”

Speaking of kegs, be sure to check out the top causes of keg leaks

Since joining the MicroStar program in 2008, Ballast Point has grown by leaps and bounds. This trend is poised to continue as the brewery prepares to bring its total capacity up to over 300,000 bbls over the next few years. For every stage of growth, MicroStar’s ability to deliver the kegs needed without the worries that come with keg ownership will be a valuable tool as Ballast Point manages its growth in the coming years. MicroStar takes responsibility for repair and maintenance and eliminates the risk of loss or potential slow turns. By choosing MicroStar over keg ownership, Ballast Point has also reduced its carbon footprint by more than 70,000 kg of CO2e in 2013 alone, based on an analysis by Dr. John Heckman of PE International. That is equivalent to saving the amount of CO2e emitted by burning 75,000 pounds of coal.

“Ballast Point is the kind of brewery that led me to recently join the MicroStar team,” says MicroStar’s new President and CEO Michael Hranicka. “Their deep commitment to quality and innovation line up with the solutions MicroStar strives to deliver every day. And the fact that their team loves what they do and brews amazing beer, recently winning two awards at the World Beer Cup, is proof that they continue to grow while staying true to their core values.”

Founded in 1996, MicroStar Logistics, based in Greenwood Village, Colo., is a provider of keg management and logistics services to the U.S. craft beer industry. The company manages the largest independent network of kegs, approaching 2 million nationwide, and the corresponding logistical needs for approximately 200 craft brewery customers. The company provides a cost-effective outsourced solution that enables craft brewers to grow while reducing their carbon footprints.