SweetWater Brewing Co.’s Dank Tank Series is the Atlanta-based brewery’s brand of sinister laboratory experiments. It’s a series of rare release beers that showcase the diabolical creativity of SweetWater’s brewers — bold beers like the big fat black double IPA Some Strange and the racy red wheat wine ale 16 So Fine. These one hitters are only released a few times a year and are in very short supply. The newest addition to the Dank Tank Series is its boldest yet — Pulled Porter: Bacon Smoked Porter — a beer brewed with bacon-smoked malt. We quote the press release:

El Danko finally sobered up just long enough to get back in the brewhouse after a 2-year bender! He teamed up with the bros of Fox Bro’s BBQ (Justin and Jonathan Fox — the gents you see above) to come up with a smoked bacon porter, Pulled Porter. Over the course of three days, the crew from Fox Bros. smoked one ton of malt on their wood-burning Lang smokers, using nothing but hickory. Each batch of malt smoked for five hours at 250 degrees to get a nice toast and plenty of good smoke without burning it. To add that extra bit of oink, we tossed racks of bacon in the smoker to infuse the smoking malt.

It’s a ridiculously awesome experiment we must try. Until then, enjoy the images below of the smoking process, Justin and Jonathan Fox and (mmmmm) bacon. 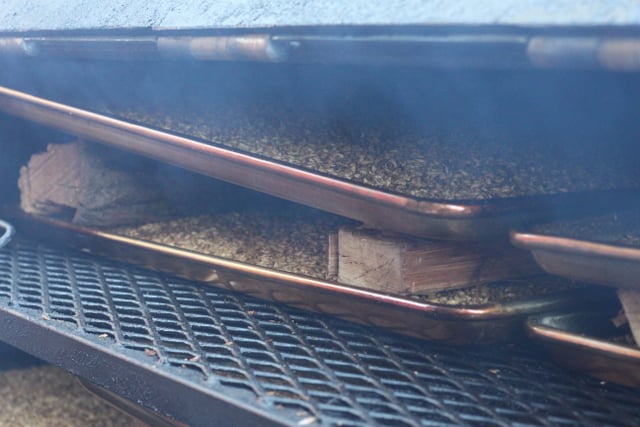