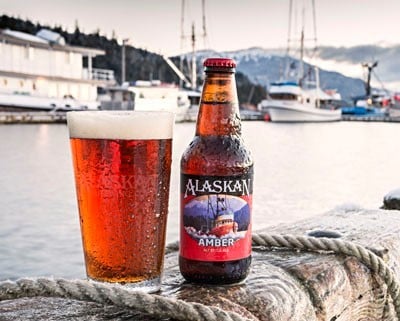 Beer drinkers throughout Illinois will soon be able to enjoy a taste of Alaska, as Alaskan Brewing will be on tap and on the shelves in the Land of Lincoln this summer. Alaskan is partnering with a network of 14 distributors statewide including Lakeshore Beverage in Chicago to bring into Illinois brews made from the glacier-fed waters of Juneau. The move into Illinois will mark the 20th state where Alaskan Brewing is distributed.

“We are more than excited about the opportunity to bring Alaskan Brewing into the Chicago market. Although Chicago is a big city over 3,000 miles away from Juneau, we have always appreciated many of the things that make Alaska and their people so special. Among these, a sense of adventure, a love of the outdoors and great beers. We know these qualities will reflect in success for Alaskan Brewing in the Windy City,” said Austin Sawyer, sales director of import and craft Brands for Lakeshore Beverage.

“We’ve been looking at expanding into Illinois for many years now,” said Alaskan Sales Director Merv Boyce. “It’s a perfect fit for us. We’re working with a group of enthusiastic and knowledgeable distributors, we know we already have many fans in the state who are eager for our beer and our story and the amazing place our beer represents is something that resonates with the people of Illinois.”

“At Alaskan Brewing, we have a motto: We Brew the Way We Brew Because of Where We Brew,” said Boyce. “The state of Alaska has influenced all of our beers and the way in which we brew — sometimes because of the challenges of living and making beer in an isolated community. But we have always aspired to provide people with a small part of the Alaska experience in every bottle of beer we make.”