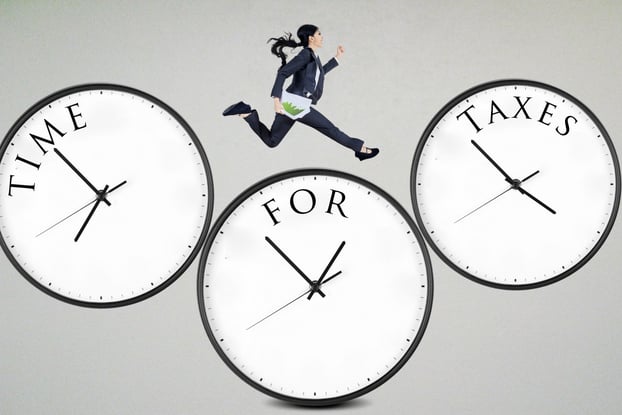 Yes, it’s that time of year again — tax season! I know. It comes earlier and earlier every year. Stores have been playing tax songs for months now. Anyway, as you prepare to hear those footsteps rustling on the rooftop (your accountant, preparing to jump) we thought we’d pass along these handy reminders from your jolly old friends at the Alcohol and Tobacco Tax and Trade Bureau.

Remember: Since you’ve all been especially good boys and girls, your rates have been reduced starting this year.

What are the reduced rates again?

Small Domestic Brewers: In the case of brewers in the United States who produce no more than two million barrels of beer during the calendar year, the Act provides for a rate of $3.50 per barrel on the first 60,000 barrels removed during such calendar year which have been brewed or produced by such brewer.

The reduced tax rates or tax credits became effective January 1, 2018, and they apply to products removed in calendar years 2018 or 2019 regardless of when the products were produced.

If I pay my taxes due in 2018 to TTB based on tax rates in effect in 2017, and it results in an over payment, can I be eligible for a refund or credit of the amount I overpaid?

If you pay your taxes to the TTB using the wrong tax rate and such payment results in an over payment, you may seek a refund or credit using existing TTB procedures.

I’m eligible for a reduced rate of tax on beer that I “produce.” Define that. What about beer I’ve received in bond and bottled?

For purposes of taking the reduced rate of tax allowed by the Act, beer is considered to have been “produced” if it is lawfully brewed or produced at a qualified brewery premises, including beer brewed by fermentation or produced by the addition of water or other liquids during any stage of production. The entire volume of beer to which water or other liquids had been added will be considered “produced” for purposes of applying the reduced tax rates. TTB expects these production activities to be undertaken in good faith in the ordinary course of production and not solely for the purpose of obtaining a tax credit.

These are just a few of the many questions answered on the TTB site, which you may want to check out, or email to your accountant before heading to the roof.