Unlike the rest of the world, I’m not in Denver at the Great American Beer Festival right now. My schedule didn’t allow it this year. But it’s cool! Everything is just fine. I love merely reading and writing about really delicious, creative beers hand crafted by the best brewers in the world. Drinking them and having the best time ever in a sea of like-minded peers? Pfff. Who needs it? Especially when I can sit here in the dark and re-watch these interviews we shot last year. Pretty much just like being at this year’s Great American Beer Fest. Greater, even. Since you are at that boring old GABF, you might want something to do. Maybe try and find these five beers. If you do, maybe you could drink them. Sounds totally lame, but you are clearly a lamer person than me and might like it. So, here you go.

*A lone gun shot is heard in the distance*

Urban Artifact brewery is known for its focus on fruity, sour brews, but it’s becoming just as well known for the innovative use of exotic ingredients. The brewery’s latest addition to its experimental line of brews, the Curiosity Series, features a Midwest Fruit Tart flavored with Yellow Mombin — a Brazilian fruit that tastes similar to a mango with a touch of banana and a bit of a tart edge.

“As far as we’ve been able to tell, we’re the first brewery to use Yellow Mombin in a beer,” said Head Brewer and brewery Cofounder Bret Kollmann Baker.

Kollmann Baker and other brewers on the team spent a good deal of time researching the fruit, including what it has been used for around the world. Though the fruit is native to the tropical Americas and is rarely cultivated outside of Brazil, it has been naturalized to Africa, southern Asia and the Caribbean. It is usually eaten fresh or made into juice, jellies and sherberts. 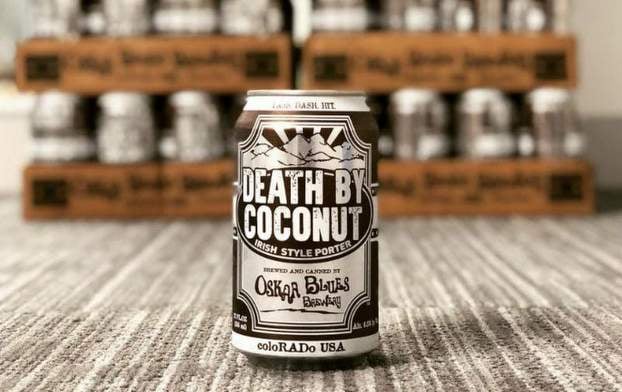 Oskar Blues Brewery announces a cult classic comeback. Death by Coconut Irish Porter returns for winter 2018 with kickoff events in taprooms on October 5. The seasonal brew marries flavors of bittersweet cacao and creamy coconut, asserts that beer is the perfect dessert and invites believers to join the Death by Coconut Irish Porter Cult this season. The 6.5 percent ABV porter will be nationally distributed in four-packs of 12-oz cans starting in early October.

Death by Coconut was originally brewed as a small batch collaboration with Shamrock Brewing in 2014 and went on to earn a silver medal at GABF in the chocolate beer category. At that point, increased demand challenged brewers to find innovative ways to accentuate the rich chocolate flavor while increasing consistency and stability for distribution of the cult favorite outside of the taproom. Boulder-based Cholaca provided the answer to the chocolate question. The product is made from three ingredients — water, cacao and coconut sugar — and allows brewers to give beer a rich, smooth chocolate flavor by adding liquid chocolate (cacao emulsified in water) rather than using cacao nibs or powders. Plus, the cacao is sourced directly from farmers and co-ops in Ecuador that utilize regenerative farming practices. Los Angeles’ Boomtown Brewery’s newest canned craft creation, The Hunted, marks a collaboration with artist J. Collins. The Hunted is a hazy Double IPA that clocks in at a healthy 8.4 percent ABV. It features a smooth stone fruit and citrus flavor comprised of peach, nectarine and grapefruit, blended with notes of melon. The beer has heaping amounts of Galaxy and Mosaic hops that provide a very fruit-forward flavor profile. Limited bitterness combined with the type of yeast Boomtown uses offers a juicy and full-bodied experience.

In celebration of the release, the artist J. Collins and brew team are throwing a party this Saturday. DJ Jack Tompkins will be spinning all night. J. Collins will be displaying his art work in addition to selling limited addition The Hunted merch including tees for $25 and baseball hats for $30. AleSmith Brewing Co. is offering a new way to enjoy the classic European-style brewery’s barrel-aged beers. To make these popular styles more accessible to the casual imbiber, they recently released a new Cinnamon Vanilla Barrel-Aged Speedway Stout and already popular Barrel-Aged Old Numbskull in 330-ml (11.2-oz) bottles. Packaged in custom Barrel-Aged Release two-packs, these higher ABV beers can be enjoyed more easily by an individual consumer as compared to the traditional 750-ml bottles that AleSmith has provided in past years.

The Cinnamon Vanilla Barrel-Aged Speedway Stout, with its 13 percent ABV, is a blend of two different versions of AleSmith’s award-winning Speedway Stout, each going through its own unique aging process. The first part of the blend was aged in American oak bourbon barrels. The second part of the blend was aged in bourbon barrels that had previously held cinnamon and vanilla extract. After aging, these two parts were blended and aged again with vanilla beans and cinnamon sticks and given a dosing of locally roasted coffee. The effect is a full-bodied brew with complex notes of chocolate, coffee, vanilla and cinnamon. 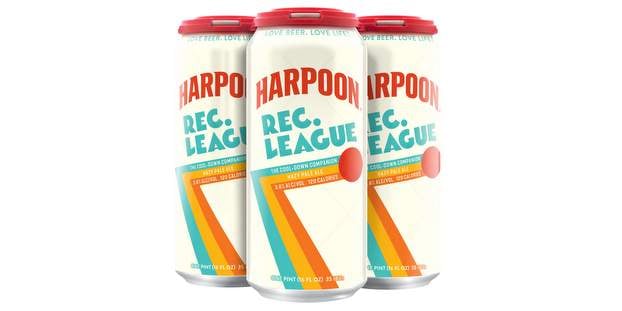 While most brewers are leaning into heavier beers for fall (porters and pumpkin ales), Harpoon Brewery is rolling out a lighter option for fall that won’t weigh you down: Harpoon Rec. League. This hoppy, hazy pale ale is a thirst-quenching, refreshing, better-for-you option to sip post-hike or during the months you’re training for that road race. At just 120 calories per pint and 3.8 percent ABV, Rec. League is brewed with a groundbreaking blend of healthier ingredients including buckwheat, chia seeds and Mediterranean Sea Salt (a powerful source of electrolytes), making it the perfect cool-down companion. This is available on tap at the Windsor, Vt., brewery, the Boston brewery or in 16-oz cans throughout Massachusetts.