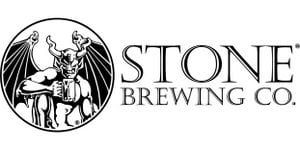 Stone Brewing has its new CEO: Dominic Engels, former president of POM Wonderful. Stepping from the world of pomegranate juices into the world of craft beer shouldn’t be an issue for Engles, especially since, at this point, Stone has evolved into something much bigger than a national brewer of West Coast IPAs. Stone is a distributor. It is a hotel. It is an investor. It is an Arrogant Bastard. It is a multinational powerhouse that could probably benefit from a freshly squeezed fruit juice perspective as it embarks into whatever new ventures are up next.

From the LA Times:

“Dominic’s experience guiding companies through periods of growth, on a global scale, have us really excited about the future of Stone,” Koch said.

While Wagner retains the brewery’s presidency, Koch will assume the executive chairman post.

And if nothing else, Engels speaks German, which will give the employees at Stone’s new Berlin brewery someone to talk to.