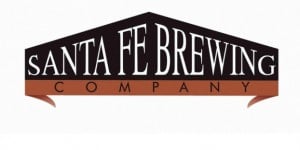 Santa Fe Brewing Co. announced that it will open distribution to its 10th state in mid-November. The great State of Utah, with an emphasis on Salt Lake City, will soon stock packaged Happy Camper IPA, Imperial Java Stout, and State Pen Porter. With the help of the team at M&M Distributing, SFBC will now be able to reach the fine people of the Beehive State with these artfully crafted Southwestern brews.

“Santa Fe Brewing Co. is thrilled to partner with M&M Distributing for distribution throughout the State of Utah,” said Brian Lock, president and owner. “Their extensive knowledge of craft beer coupled with their market presence makes them the perfect partner. SFBC has always considered itself to be the heart of the Southwest and it has been a desire to distribute in the four corners area for many years. Now it has become a reality.”

“We could not be more excited to bring Santa Fe Brewing’s tremendous brews to the craft beer fans of Utah,” said Scott Stiltz, Craft Brand Manager for M&M. “They have a great reputation, even better beers and will be a great addition to our portfolio.”