As I wrote elsewhere, original equipment manufacturers (OEMs) weren’t as craft-focused at this year’s Pack Expo as last year, but I spoke to many who had craft beer experience and were hoping to do more business in this sector. There weren’t exactly a lot of new offerings, but if you’re in the market for new equipment, this will give you an idea of some OEMs who have worked with your colleagues and would love to work with you. All info gathered at Pack Expo Las Vegas 2017.

BevCorp designed their inline carbonator specifically for the craft brewer. It can move 5 to 80 gallons (i.e., up to 2.5 bbl) per minute. The fully automated PLC allows you to dial in carbonation levels between 0.5 to 4 ppm. They’re made in Kenesaw, Ga., and run about $26,000.

These guys have worked with breweries with systems as small as 3 bbl to get them into bottles. Their rotary bottling lines run at 33 or 66 bpm and feature easy size-swapping and available labeling and coding machines. The smaller machine runs about $65,000 and the faster one around $89,000. 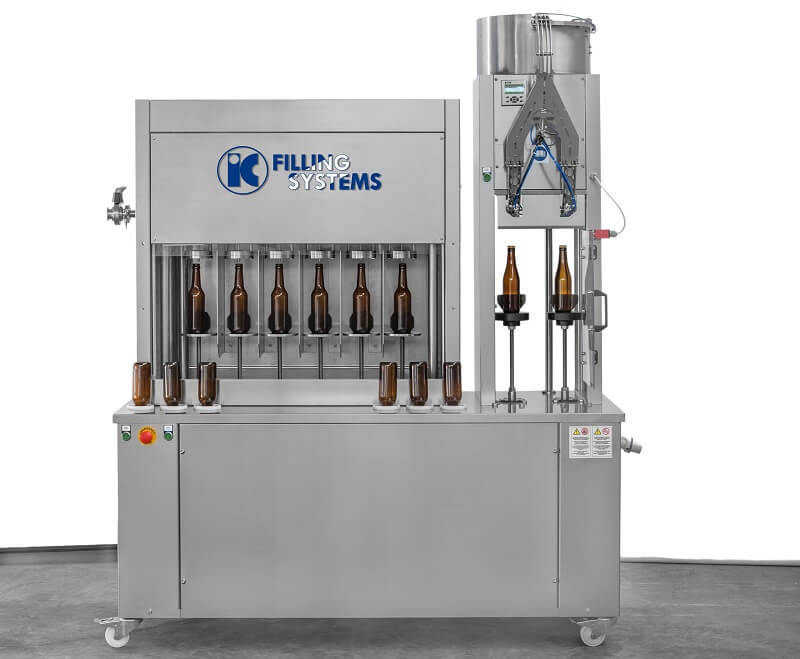 This company impressed me last year with their convenient, semi-automated filling station, the CompactBlock 662. It has six rinsing stations, six filling stations and two crowners, and it can be run by one or two people. With some simple part changes, you can swap sizes or switch from bottles to cans. The CompactBlock 662 runs about $43,000 delivered. You can get the two-can seamer and parts for another $24,000, and they even have some labeling machines running between $7,800 and $11,100.

Last year this company showcased their horseshoe bottling line configuration that had a very small footprint and could be run with two people. This year they’ve added a canning line for $71,000 which has similar features. They also hinted that they had something special planned for the 2018 Craft Brewers Conference, so keep your eyes open for a press release as we get closer to spring.

This family-owned business aims to make your life easier on the secondary-packaging machinery end. They build using off-the-shelf parts, so repair and replacement is pretty straightforward, and they don’t require licenses for their controllers. They do believe in service. Field Service Rep Todd Cooley proudly told me, “We still support equipment that’s 50 years old.” At Pack Expo they showcased their case erector ($80,000), top sealer ($45,000) and a depalletizer ($165,000) that’s currently being used at Firestone-Walker, Gordon Biersch and Hop Valley.

Chuck White is very matter-of-fact about what Econocorp does, but I get the sense that’s just his style, because his message is pretty on-point: “Craft beer is right where we live. We specialize in moderate-speed, intermittent motion packaging lines.” Some of the folks using Econocorp casepackers, trayformers and/or cartoners include Anchor, Ballast Point, Jack’s Abbey and Toppling Goliath — and those were just the names he was trying to impress me with. You can see their primary craft beer offerings, such as a top sealer and various trayformers, cartoners, and case packers right here. One of their most interesting machines is the E2000 Cartoner, which uses multiple lanes to more conveniently package those variety packs.

Jordan Hamrick, VP of Sales, said breweries have quickly become about 10 percent of their business, and they’d be happy to see that number grow still. They built their first pick-and-place case packer with New Holland Brewing Co. of Holland, Mich., in their sites. They displayed it packing New Holland beer at Pack Expo Las Vegas 2015, and New Holland was impressed enough to buy it. In Chicago last year, they were packing Great Lakes products, and they caught the attention of Peter Kreinheider (Peter K) of Ellicottville Brewing (Ellicottville, N.Y.), whose beers were on display this year because he ordered one for his brewery.

The CP-15 Pick and Place uses servo-controlled motors to gently lift 24 bottles and place them even more gently into a case with two or four six-pack holders (video above). The Pick and Place runs about $110,000. A drop packer, which is also gentle but obviously not quite as precise, is also available for $64,000.

Just because you’re big enough to need a palletizer doesn’t mean you’re big enough for a big machine. ROI’s Compact Palletizers fit everything you need into an 8- x 6.5-foot space, with heights reaching between 8 feet, 6 inches and 11 feet, 3 inches. They come with many preprogrammed configurations but are also configurable to suit your needs. They’ll stack up to 5 or 8 feet high, completing up to eight cycles per minute, and there’s an available two-pail lifter you can use for your kegs.

Need to free up floor space, or maybe shift to another line? The Compact Palletizer rolls easily on wheels with only one operator. According to VP of Marketing Keith Saylor, the savings in labor (and, potentially, sick-leave or injury) can generally offset the costs in one to two years for breweries running between one and three lines.