Don’t call it a rebrand, says Rivertown Brewing Co. The Cincinnati, Ohio-based craft brewery is simply charging forward after its recent expansions with a packaging refresh and three new beers. Rivertown will debut three new beers featuring an updated look in July 2017. The new packaging, crafted by Cincinnati designer Tommy Sheehan of TOMMYINK, will appear on No. 3984 Lager, a clean, crisp American lager; Rivertown IPA, a medium-bodied tropical IPA; and Ember, a limited release dark German-style lager. These new styles will round out Rivertown’s lineup, from which two brands are also being retired: Lil Sipa IPA and Jeanneke Belgian Blonde. 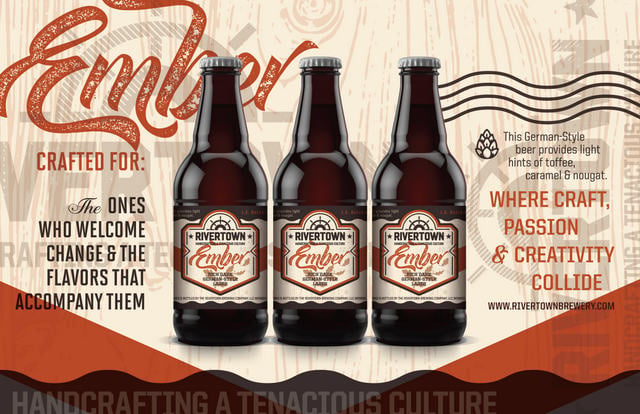 Evolution for the remaining lineup is set for completion by the end of 2017 with a refreshed look for Roebling Porter next in line. The design refresh represents the Rivertown’s own evolution, starting out as humble homebrewers and growing into a regional brewery with a recently opened production facility and restaurant in Monroe, Ohio.

“The concept behind the new design is to tell our story visually and through liquid instead of with words,” said Rivertown Brewing Co. Dream Facilitator and Co-Owner Lindsey Roeper. “Tommy met with Jason and I to learn how Rivertown was founded, our journey and our future dreams and translated our story graphically with a beautiful logo evolution and a new look that is clean, visually stimulating and speaks to who we are.” 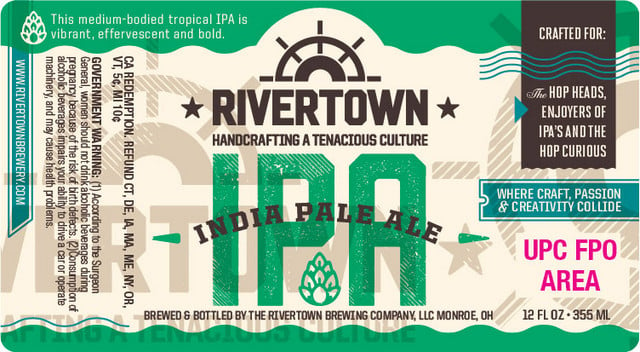 “It’s so easy to get inspired when you work with inspiring people,” added Sheehan. “Design has a better chance of connecting with the community when the foundation of good chemistry is present. And our budding relationship really does celebrate the notion of where craft, passion and creativity collide.”